Martifers Pot Noodle JW
“Morgan”
Owned and loved by Kerry Bell and Phil Gibson who very kindly allow us to borrow him back to show. 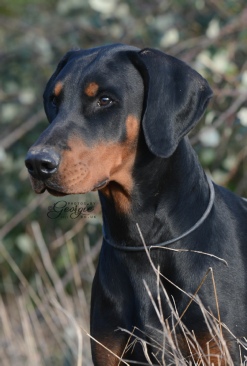 He is also SchH III, FH, ZTP V1A and Angekort 1A -that means that is a dog which passed also the most tough breeding - character test in the dobermann world. 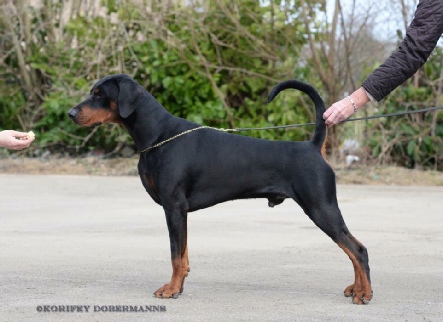 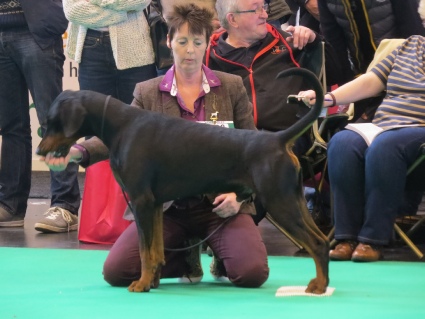 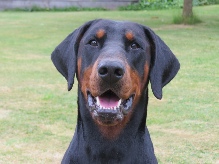 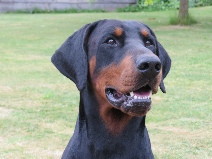 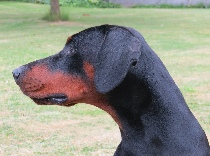 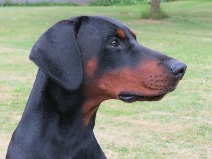 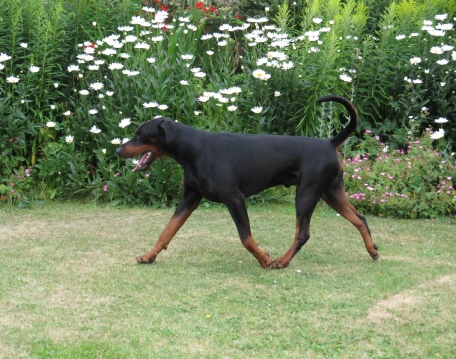 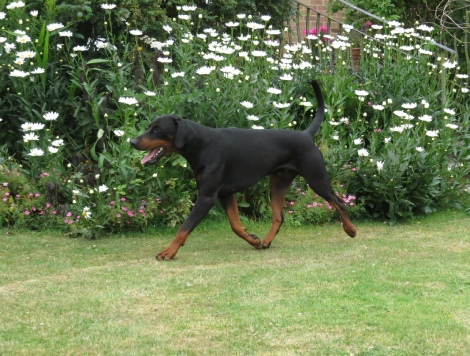 July 15 Morgan showing off his paces!

Morgan is from our last litter , he is ‘Green Collar boy’ from the puppy group photo on our front cover.

He is a male of real quality, with bone and substance yet still being both noble and elegant, with a stunning head, much like his Dad (Noodles). His temperament could not be bettered and Morgan walks off lead in the New Forest when out with his owners Kerry Bell and Phil Gibson, who love him dearly .

Morgan was awarded a JW and his Stud book number at 15 months of age. He has achieved considerable success in the show ring, at Crufts in 2015 he was awarded 1st place in a strong Yearling class of 10 lovely boys under Mrs Lynn Glass. Later that year he was awarded a RCC by Carol Smith in August at The Welsh Kennel Club Championship Show.

He was placed again at Crufts  in 2016  3rd in Post Grad under Sue Brassington with regular placings in Limit Dog throughout 2016 and 2017.