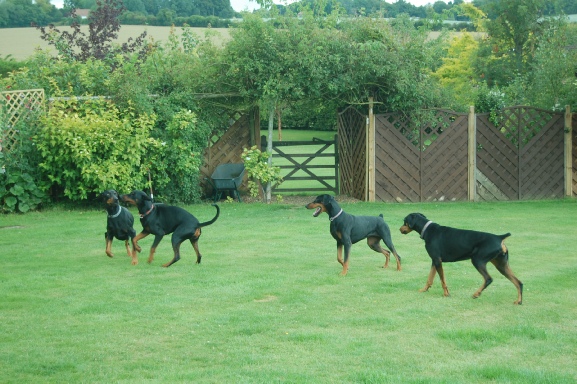 Mum to Jester, Holly and Jake 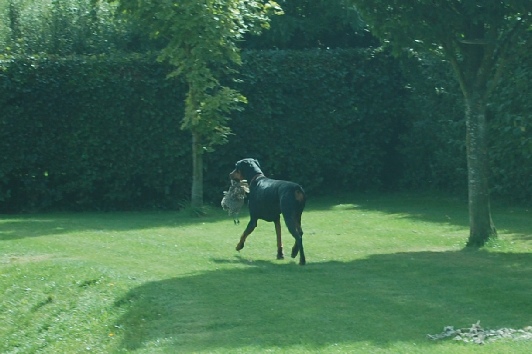 Holly with a pheasant, when I first saw her I thought it was one of my chickens . 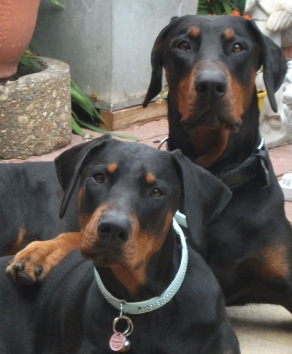 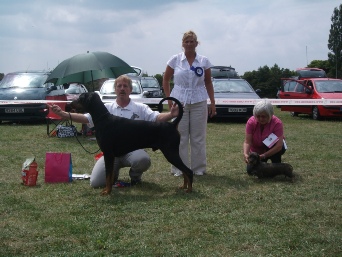 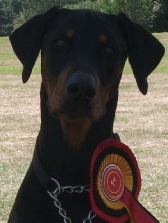 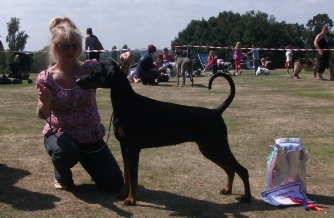 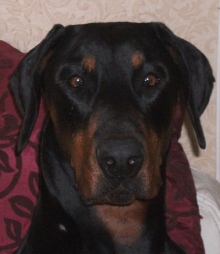 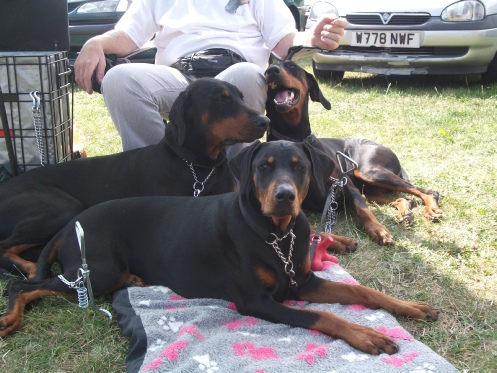 The Three Dobateers with Alan,

(Martifers Hot Off the Press) 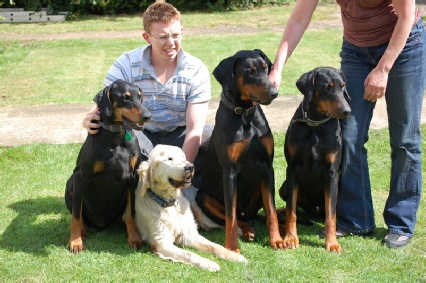 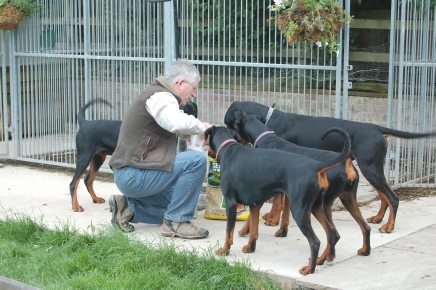 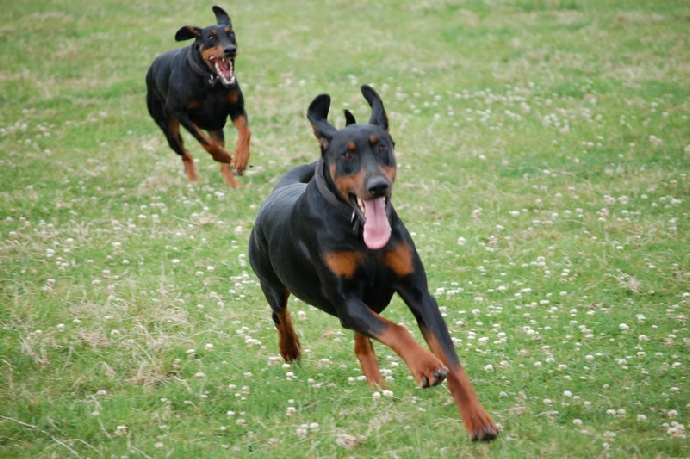 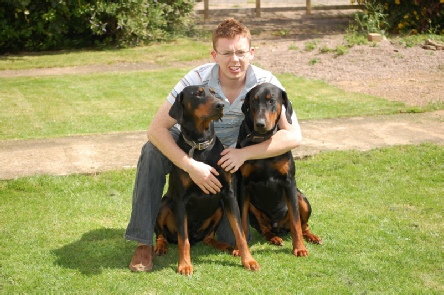 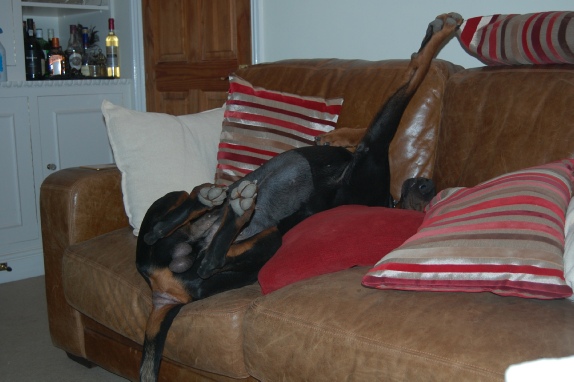 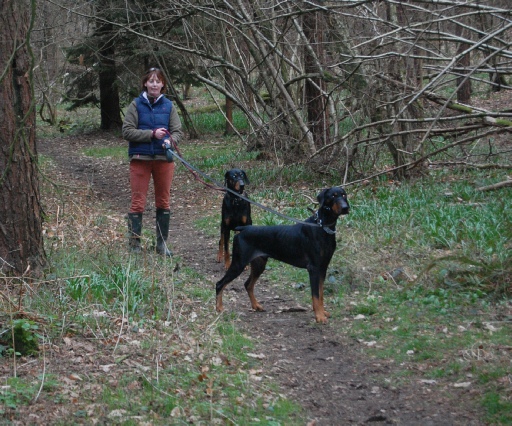 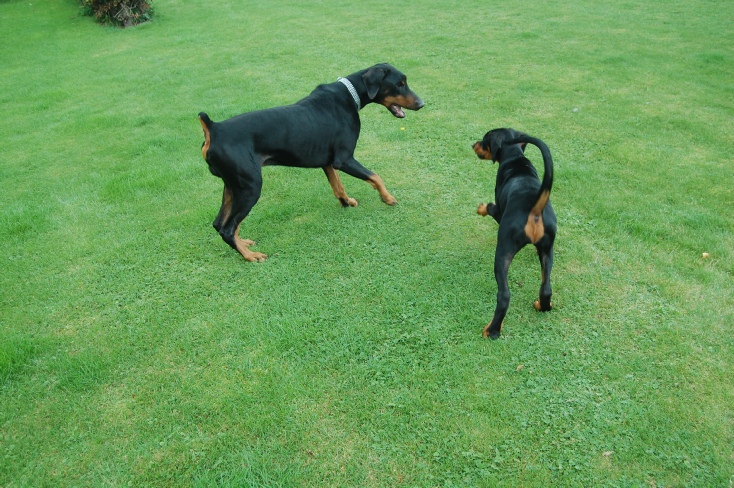 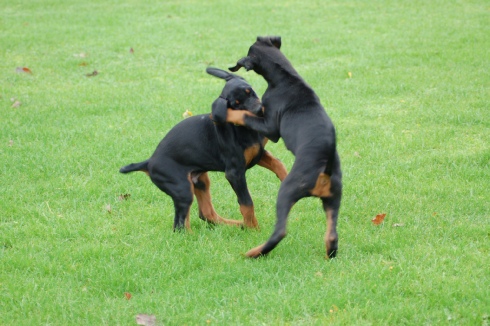 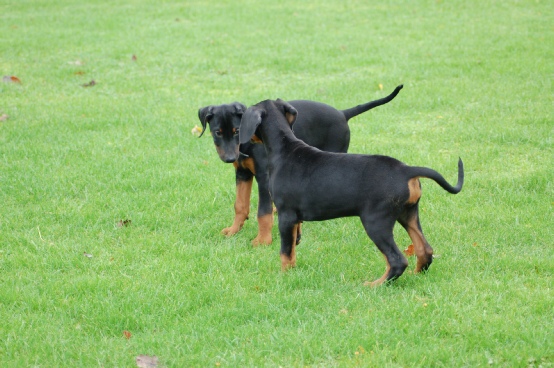 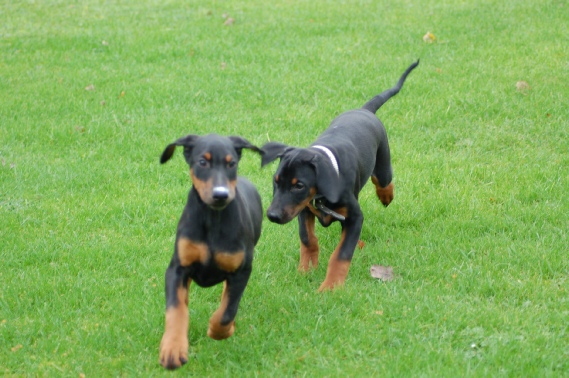 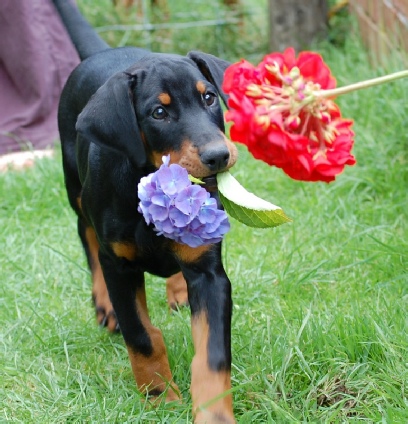 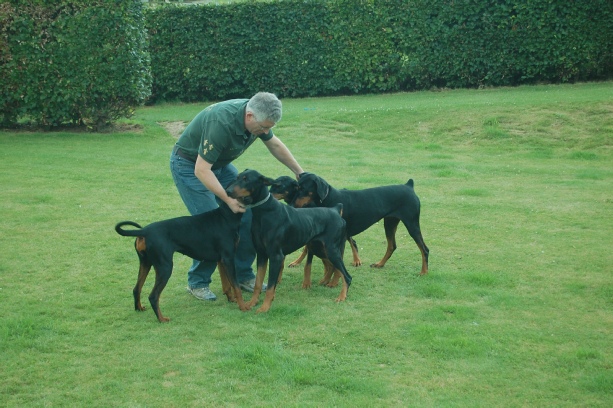 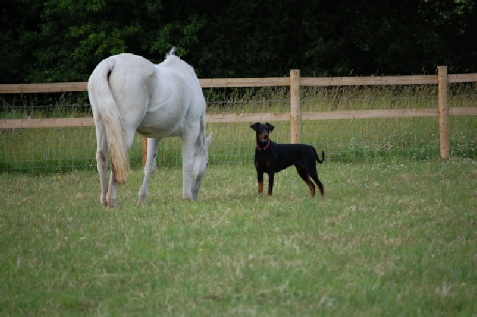 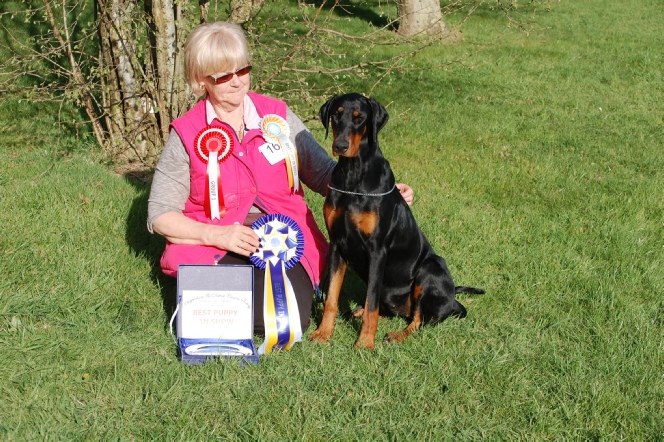 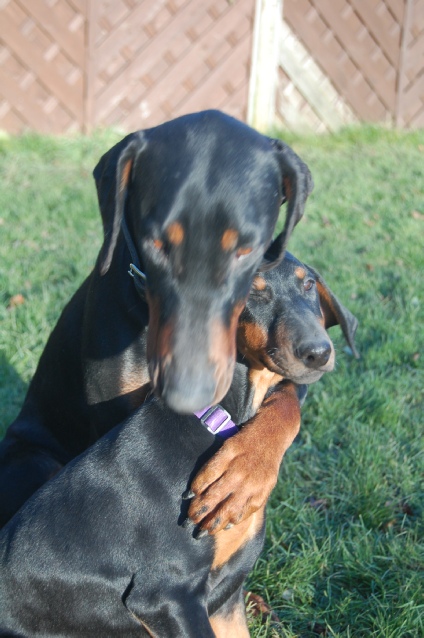 Abbie and Kathy after winning BPIS at Chippenham & District CS 2012

Darcie and Katy ! I had been trying to take a photo of Darcie but Katie kept getting in the way. Then this happened!!!!

Katie playing with brother Dexter at 8 weeks when he visited with Georgie for a photoshoot!

Jester was very tolerant of that young whipper snapper Abbie. Even though he had cancer he always joined in Abbie’s games.

Jester and Nadia having a walk in Bentley Woods with Jenny on their 8th Birthday.

Martin trying to organise the dogs for a family photo!

Martin feeding the birds with a little help.

Katie, I do love you really xxxxx

Jake relaxing after surgery , he had swallowed a large piece of  fleece bedding........ Last time it was a  woollen sock !

My beloved horse Pagan with Indie  in 2008

Thomas with left to right, Dewie (from our first litter) ,  Rupert,  Jake and  Jester

Below are a selection of photos of Martifers Dobes both ours at home and those living with their owners. owners . 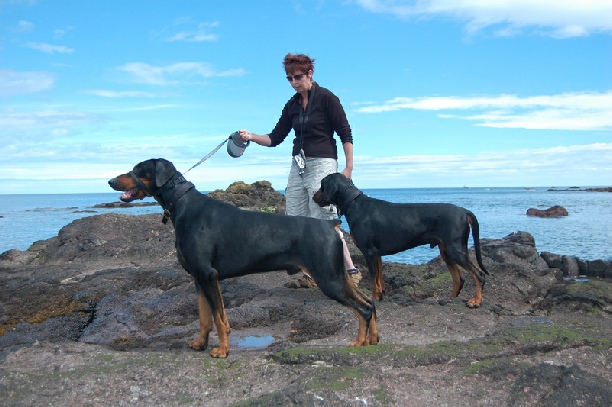 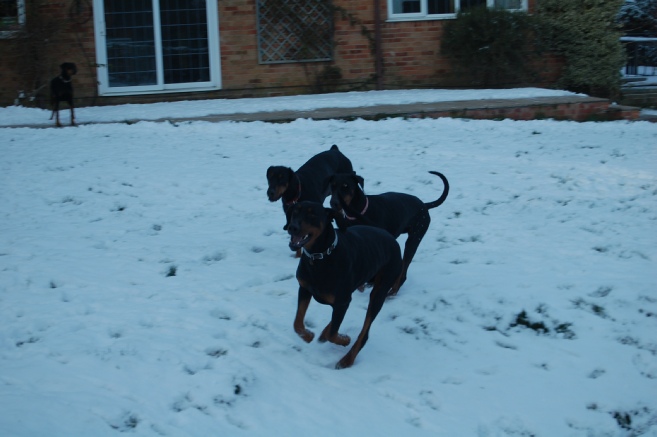 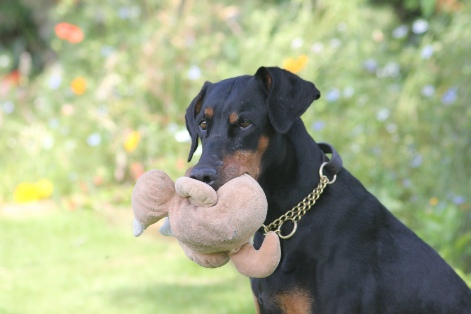