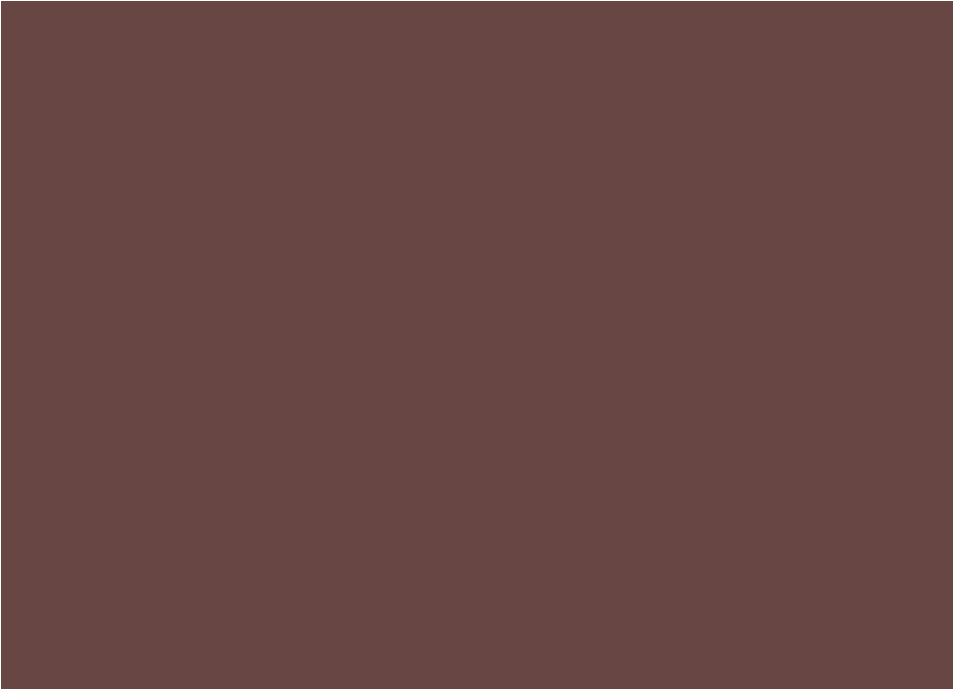 CH Dizown Dance With The Devil 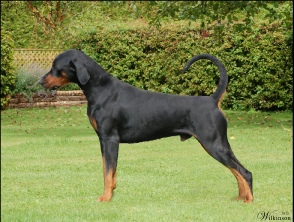 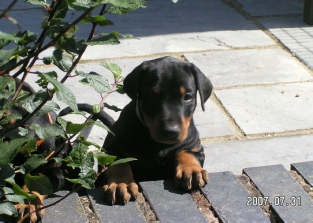 Jake has a fabulous temperament, which he has passed on to his progeny(see Darcie’s page) . He is very easy to live with although a downside to his happy disposition is that he has a very  waggy tail which can be rather painful.  His favourite past times are sucking Darcie’s ears , hunting for rabbits and tormenting  our chickens in the garden.

Jake will be 6 years old in June but in his head he still thinks he is a puppy!  Jake is a tall boy at 29 inches, with plenty of bone and substance., and a strong masculine head .  He weighs in at 46kg.

Jake runs free at home with our 4 girls and keeps them all in order, he is very tolerant of puppies and young Dobes. 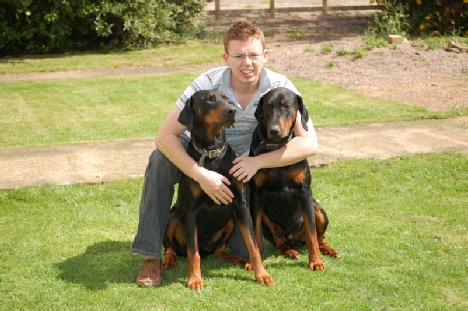 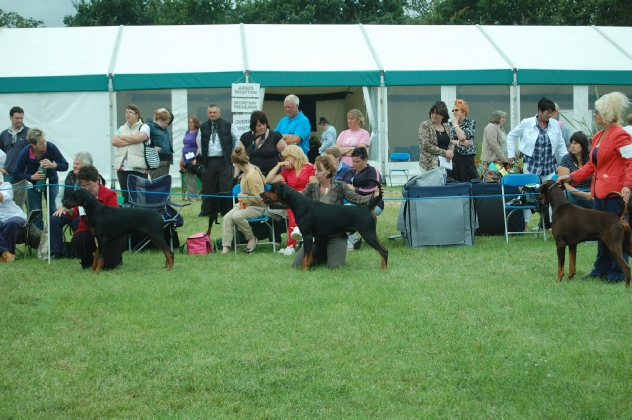 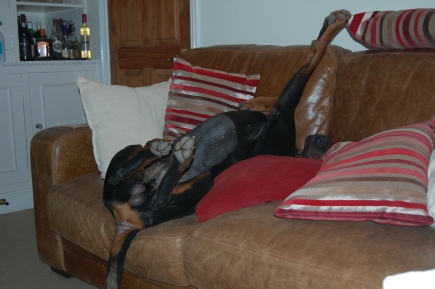 Jester (on the left )with Jake  in the days when both boys could be loose together. It did not last much longer when Jake got to 16 months that was it , they had to be separated and then life just got so much more complicated. But worth all the effort having 2 beautiful boys .

Jake relaxing after surgery to remove a piece of bedding he had swallowed.

Jake in the ring at Bournemouth Champ Show 2012 next to Katie’s Dad Wenags Dream Taker(Mason) with Petra Gallagher.